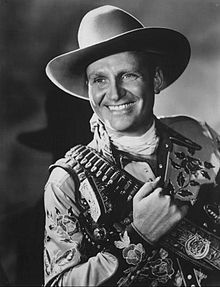 Born in 1907, Gene Autry became a radio and recording star until, after appearing in the 12 episode serial, "The Phantom Empire" in 1934 he was signed by Republic Studios as the screen's first singing cowboy. Genes 93 movies made him America's Favorite Cowboy until 1953 and he is the only entertainer with five stars on the Hollywood Walk Of Fame, one each for radio, records, movies, television and live theatrical (including Rodeo) appearances.

All five of the tapes are in very good condition and actually are just like new.